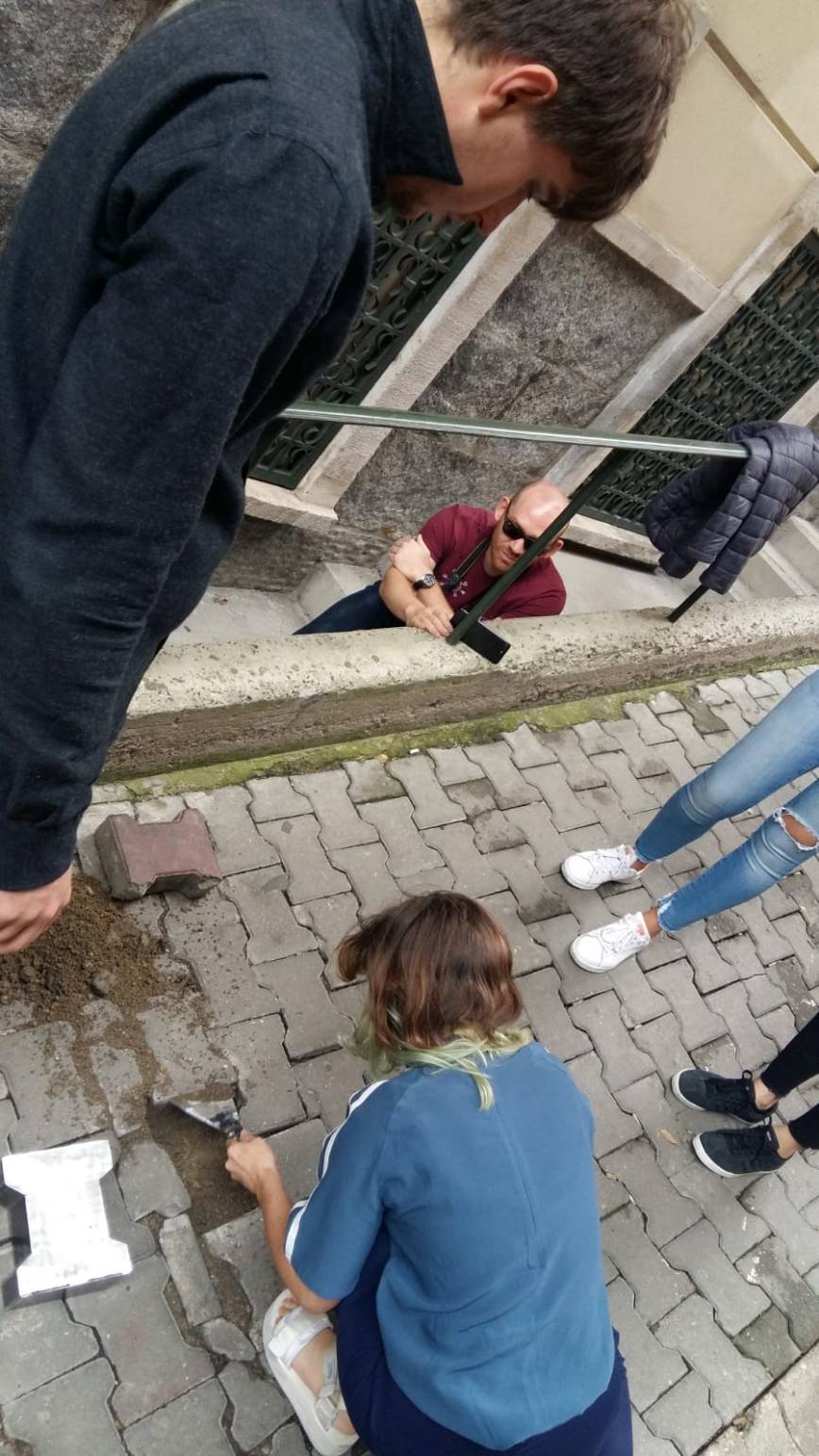 Under, over, behind, though, past, inside.

Istanbul is a very unpredictable city and the histories of her people, cats and dogs are sewed together in a constantly changing symbiosis. The mixture of cultures and history form a vibrant mosaic of different pieces learning how to come together every day.

Today, this reality is visible in the way politics of space have been working since the Taksim square and Gezi park protests. Hope has changed place and no longer lives in these places. New places of hope are coming together as it is peoples natural instinct to resist.

Inspired by the famous â€˜sous le pavÃ©, la plageâ€™ of May 68â€™ we created a piece that tries to establish some relations to it. A constantly present, constantly invisible idea of revolution and political freedom. We considered the pavement of Istanbul to be the symbolic element through which the political powers try to change the way space is used for uprises (as for example the Taksin square pavement).

Pavement is an agent used both to prevent certain uses of space but also as protection against police and army vehicles during protests. We see pavement as the agent that operates for both sides. Pavement is an oppression element until it becomes a tool against it. It is this idea that led us to work with the pieces of pavement that have been removed or that have a special relation to their surroundings.

NAME OF PROJECT is a piece that we created with the help of a Sishane craftsman. It is an exact replica of an existing piece we found in the Sishane neighbourhood made out of a different material aiming to represent the craftsmen role in keeping the urban and socio-economic tissue working. The metallic piece of pavement now lies among others in one of Sishanes streets with a message of resistance inside it.

While 100% of the paper used by newspapers is imported, paper prices increased since the 1980s when the public paper industry was privatised. Small newspapers and brochures, generally critical towards the political powers, have stopped their printed versions and are now available only online. We found old printed versions and placed them inside this secret, always present urban element. NAME OF PROJECT, stands among other pavement pieces in Sishane.