At the New England Aquarium’s sea turtle hospital in a repurposed shipyard building south of Boston, the casualties of climate change swim in tanks as they recover after being pulled stunned from the beach.

Every year, as autumn turns to winter and ocean temperatures off Massachusetts drop below 10C (50F), dead, dying and stricken sea turtles wash up on the shores of Cape Cod as those shelled reptiles that have failed to migrate south start to die in the chilly waters.

In the 1980s, the number of sea turtles stranded on the shores of Cape Cod every year averaged in the dozens. That average went up through the 1990s and 2000s, but over the past decade it has risen dramatically: 2014 saw more than 1,200 turtles make landfall. This year, more than 790 sea turtles have washed up on Cape Cod so far. Some 720 of those are Kemp’s ridley sea turtles, a critically endangered species that nests on the shores of the much warmer Gulf of Mexico.

It is an event unmatched in magnitude anywhere else in the world.

Those who study sea turtles say part of the reason that annual strandings are up in Massachusetts is that efforts to conserve and boost Kemp’s ridley populations have been successful. But the other part is that the Gulf of Maine is rapidly warming in the face of climate change and proving to be a more hospitable environment for turtles than it used to be, drawing them in larger numbers and resulting in them staying longer into the year.

The Gulf of Maine, which the Cape Cod peninsula juts into like a flexing arm, is warming faster than 99% of the world’s waters. This year marked the gulf’s third-warmest year on record. The warming is responsible for a boom in the lobster industry in Maine and has invited new fish species, such as the black sea bass, to the area. But for turtles, it has proved dangerous. 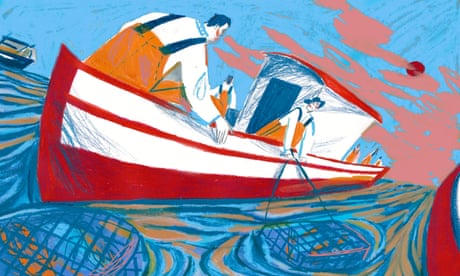 ‘We live in a lobstocracy’: Maine town is feeling the effects of climate change

“It’s actually a good foraging habitat for them, really,” said Kate Sampson, the sea turtle stranding and disentanglement coordinator at the National Oceanic and Atmospheric Administration’s Greater Atlantic Regional Fisheries Office in Gloucester, Massachusetts. “It’s just unfortunate that it brings them right into this area that has a trap.”

That trap is Cape Cod, which many sea turtles counterintuitively have to swim north and then east to get around in order to flee to warmer waters when winter approaches.

“Cape Cod Bay we often call a deadly bucket,” said Tony LaCasse, the New England Aquarium’s spokesperson. As turtles swim north, they run into colder water “and their instinct tells them something is wrong … their instinct tells them to retreat back into the shallow warmer water of the bay and wait it out. But the problem is it’s the end of the season and there’s no way to get out”.

Kemp’s ridley turtles begin their lives on beaches on the Gulf of Mexico. The few that survive the mad dash from their eggs to the water and the predators of the shallows settle down for the first few years of their lives in sargassum, floating forests of seaweed that offer safety to the tiny adolescent turtles. The Gulf Stream carries sargassum north and it is believed that the turtles washing up on Massachusetts’ coast – which are largely between two and four years old according to Sampson – are exploring a coastal habitat for the first time. 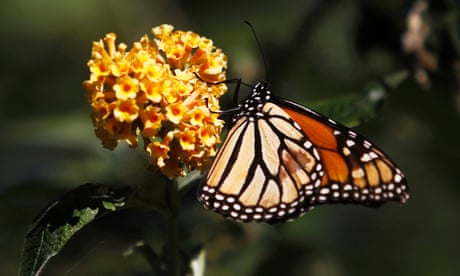 ‘It’s a sad reality’: a troubling trend sees a 97% decline in monarch butterflies

Kara Dodge, a research scientist who focuses on sea turtles at Boston’s New England Aquarium, said beyond the Gulf of Maine’s warming, changes to ocean circulation patterns due to climate change could also affect the magnitude of stranding events by bringing more young sea turtles up from the Gulf of Mexico into the western Atlantic.

If climate change continues as expected, she said, “the prediction is that we will continue to see these high-stranding events, hundreds of animals, for the foreseeable future”.

Cold-stunning events sometimes affect sea turtles elsewhere, such as along the Gulf coast off Florida and Texas, but they are generally short-lived, the result of a sudden cold snap. The challenge in Massachusetts, researchers say, is that turtles washing up on shore have largely been exposed to long-term hypothermia.

The large-scale turtle stranding events that Massachusetts has seen in recent years have resulted in the rise of a large, complex network of rescuers working to save as many turtles as possible.

Employees of the Massachusetts Audubon Society and an army of volunteers patrol Cape Cod’s northern beaches in November and December looking for stranded turtles. Cold-stunned turtles recovered on Cape Cod are then driven to the New England Aquarium’s sea turtle hospital in Quincy, near Boston, where hypothermic, emaciated and often sick turtles are rewarmed, treated and rehabilitated. The process usually takes months.

The sea turtle hospital in Quincy has treated more than 400 turtles so far this year. However, it has struggled to keep up with the sharp rise in strandings and moves stabilised turtles to treatment facilities elsewhere in the country when it reaches capacity.

Edward Filangeri is a volunteer pilot who helps the organisation Turtles Fly Too to move turtles from Massachusetts to other facilities. Every year since 2014, Filangeri has flown his single-engine aircraft up from New York’s Long Island, where he lives, to Massachusetts to pick up turtles packed in banana boxes and ferry them south. By flying during November and December he has to contend with winter weather while also working to keep the temperature in his small aircraft turtle-friendly.

“When we get the temperature just right they want to start swimming and I know we’re doing a good job when I hear a lot of cardboard rubbing in the back of the plane,” he said.

Those working to save the turtles say every bit of help they can give is worth it.

“Personally I spend a lot of my time doing this and the network spends a lot of their time doing this because we all believe that this does make a difference,” said Sampson, the Noaa turtle stranding and disentanglement coordinator. “These are an endangered species, we have to do all we can to help recover their population.”