A colleague recently described how fish would swim into her clothing when she was a child bathing in the ocean off the coast of Vietnam, but today the fish are gone and her children find the story far-fetched.

Another recalled his experiences just last year in Cape Town – one of the world’s most attractive tourism and leisure destinations – when more than 2 million people faced the nightmare prospect of all taps, in every home and business, running dry.

These instances, on opposite sides of the world, are two faces of the same problem; the relentless pressure we are putting on biodiversity and the contributions that nature makes to our wellbeing, and the way we humans are changing the Earth’s climate.

The rich variety of nature provides us with the food we eat, the water we drink and the air we breathe, and countless moments of personal inspiration spent in forests and mountains, exploring beaches and rivers, or even listening to a simple birdsong in a quiet moment. 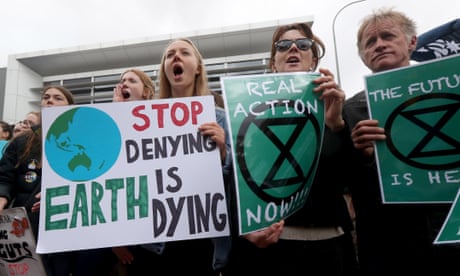 Biodiversity crisis is about to put humanity at risk, UN scientists to warn

We have all assumed that nature would always be here for us and our children. However, our boundless consumption, shortsighted reliance on fossil fuels and our unsustainable use of nature now seriously threaten our future.

Environmentalists, scientists and indigenous peoples have been sounding the alarm for decades. Our understanding of the overexploitation of the planet has advanced with grim, sharp clarity over that time.

We have entered an era of rapidly accelerating species extinction, and are facing the irreversible loss of plant and animal species, habitats and vital crops, while coming face to face with the horrific impacts of global climate change.

In 2018 alone, there were deadly heatwaves across Europe and south-east Asia, while the US experienced floods and wildfires. Insurance companies went under, unable to bear the costs of rebuilding after extreme weather events.

There is a rising wave of collective anger and anxiety. The spectre of such environmental damage has caused grave concern, especially among global youth, about our inability to sustain our health, productivity, security and wellbeing. New realities have pulled back the curtain and exposed initiatives such as the banning of plastic straws as the drop in the ocean they truly are when it comes to protecting the future for ourselves, our children and all the species with which we share our planet.

We must now consider the animals, insects, plants and all the places in which they live.

Despite the profound threat of biodiversity loss, it is climate change that has long been considered the most pressing environmental concern. That changed this week in Paris, when representatives from 130 nations approved the most comprehensive assessment of global biodiversity ever undertaken.

The report, spearheaded by the Intergovernmental Science-Policy Platform on Biodiversity and Ecosystem Services (IPBES), found that nature is being eroded at rates unprecedented in human history.

One million species are currently threatened with extinction and we are undermining the entire natural infrastructure on which our modern world depends.

Nature powers human endeavours – underpinning productivity, culture and even our beliefs and identities. But our economies, livelihoods, food security, health and quality of life worldwide are under threat. We are exploiting nature faster than it can replenish itself.

We cannot solve the threats of human-induced climate change and loss of biodiversity in isolation. We either solve both or we solve neither.

The IPBES report shows that governments and businesses are nowhere close to doing enough. The world is on track to miss the targets of the Paris agreement, the Aichi biodiversity targets and 80% of the UN sustainable development goals (food, water and energy security), because of our poor stewardship of the natural world.

However, the good news is that there are many policies and technologies that will limit global temperature rise and address the conservation and sustainable use of biodiversity. These will also offer our last, best chance to limit human-induced climate change and preserve the greatest amount of biodiversity possible. The way we produce and use energy, and farm, use our soils, protect coastal ecosystems and treat our forests will make or break our future, but it can also help us have a better quality of life. 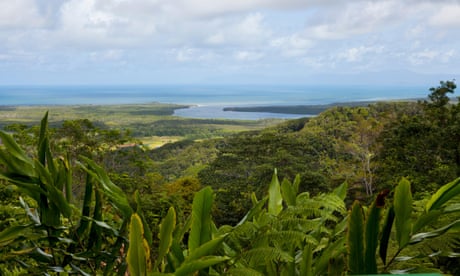 We still have time – though very limited – to turn things around. It won’t be easy. It requires massive changes, from removing subsidies that lead to the destruction of nature and future warming of the Earth, to enacting laws that encourage the protection of nature; from reducing our growing addiction to fossil-fuel energy and natural resource consumption, to rethinking the definition of a rewarding life.

Our current agricultural system is broken. If we keep producing food using current unsustainable agricultural practices, we will undermine future food production. But we already have more than enough food to go around. Today 815 million people go to bed hungry, 38 million more than in 2015. Yet, if food waste were a country, its emissions would rank third in the world, after China and the US, producing 8% of manmade emissions.

We need to redirect government subsidies towards more sustainable and regenerative farming. This will not only contribute towards absorbing carbon and reducing the emissions of other greenhouse gases, it can also halt a frightening trajectory where farmland is so overloaded that eventually it just stops growing crops.

We simply cannot afford the cost of inaction. Change of the magnitude required will mean a different life for everyone, but the costs of doing nothing will be much higher.

The G7 environment ministers, currently meeting in France, have the opportunity to return to their capitals with the freshly approved IPBES report. The world needs them to reflect our current level of crisis at the heads of state meeting later this year.

The UK parliament has endorsed a motion to declare a formal climate and environment emergency, which is a start, but action and budgets from governments and business will need to follow.

As policymakers around the world grapple with the twin threats of climate change and biodiversity loss, it is essential that they understand the linkages between the two so that their decisions and actions address both.

The world needs to recognise that loss of biodiversity and human-induced climate change are not only environmental issues, but development, economic, social, security, equity and moral issues as well. The future of humanity depends on action now. If we do not act, our children and all future generations will never forgive us.