The fish, said to swim in shallow water ahead of an earthquake, comes as a warning to the residents. Measuring at 13.9 feet, the fish washed up in Barangay Poblacion in Compostela town in northern Cebu yesterday. The deep-sea fish died when locals tried to pull it from the rocks where it was hiding and ripped off its head.

The Municipal Disaster Risk Reduction and Management Office shared a photo of the fish on Facebook.

The group said: “Those who found the fish said it suddenly appeared hiding on the rocks located near the dike.

“They caught it by the head and started to pull it hard not knowing that it had a soft body, the reason why its head was ripped off.”

One resident said it was the first time the fish had washed up on their shorelines, according to CDN. 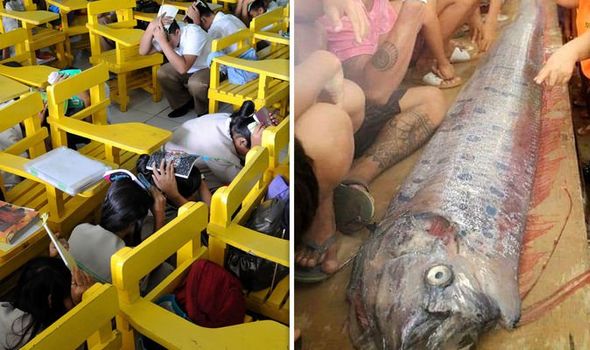 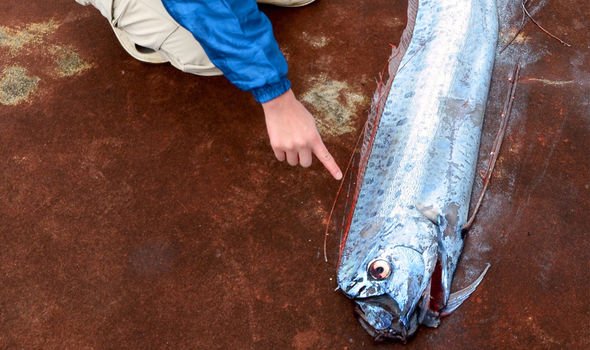 Oarfish are deep sea fish making it a rare occurence they are spotted in shallow waters (Image: GETTY)

The fish are traditionally known as “Ryugu no tsukai” in Japanese, or the “Messenger from the Sea God’s Palace”.

Legend has associated the huge fish as an omen.

The myth gathered believers after the 2011 Fukushima earthquake and subsequent tsunami, which killed more than 20,000 people.

The quake had a magnitude of nine and was one of the biggest recorded in a century. 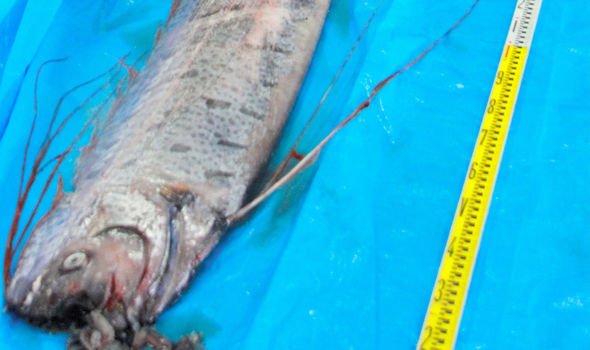 A dozen oarfish had washed up onto Japan’s coastline in 2010 before the disaster.

But scientists dispute such claims.

Uozu Aquarium keeper Kazusa Saiba told CNN that global warming or subtle changes in the Earth’s crust could “cause the current to stir and push creatures at the bottom to the surface.

“There is no scientific evidence at all for the theory that oarfish appear around big quakes. But we cannot 100 percent deny the possibility.”