The nightingale was feted by John Keats as a “light-winged Dryad of the trees”. But the much-celebrated small bird with a beautiful song may be increasingly endangered because its wings are getting shorter.

The nightingale makes an epic journey from sub-Saharan Africa to breed in Europe each summer but there are barely 7,000 nesting pairs left in England.

Spanish researchers examining wing sizes of two nightingale populations in central Spain have found that the average wing length relative to their body size has fallen over the past two decades. Shorter-winged birds were found to be less likely to return to their breeding grounds after their first trip to Africa.

According to a new study published in The Auk: Ornithological Advances, natural selection driven by climate change is causing the birds to evolve with shorter wings.

In recent decades, the timing of spring has shifted in central Spain and summer droughts have become longer and more intense, leaving the nightingales a shorter window in which to raise their young.

Scientists believe that there is a suite of adaptations that make the nightingales effective migratory birds including a long wingspan, a larger clutch size and a shorter lifespan, which are controlled by a set of linked genes. This means that selective pressure on one trait also affects the other features.

If the pressure of drought is leading the most successful birds to lay smaller clutches of eggs, with fewer young to feed, then it could be causing these nightingales to also lose the other linked traits that make them such effective migrants. This is an example of “maladaptation” where species’ responses to cope with changing conditions end up causing them harm. 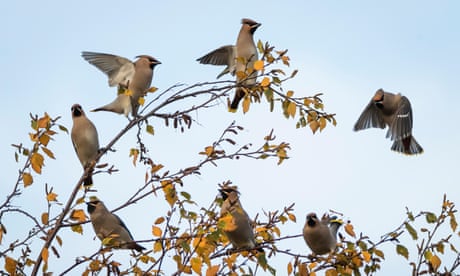 Garden birdwatching: the wildlife travel drama on your doorstep

“There is much evidence that climate change is having an effect on migratory birds, changing their arrival and laying dates and their physical features over the last few decades,” said lead author Carolina Remacha of Complutense University of Madrid.

“If we are to fully understand how bird populations adapt to new environments in order to help them tackle the challenges of a rapidly changing world, it is important to call attention to the potential problems of maladaptive change.”